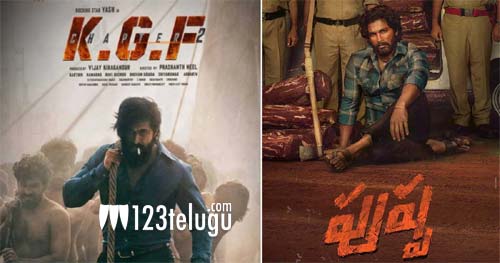 If reports are to be believed, Allu Arjun’s Pushpa and Yash’s KGF 2 might be battling it out at the box office this Christmas holiday season.

Apparently, the makers of both these films are planning to release them ahead of this Christmas season.

It is heard that both Pushpa and KGF 2 might release in theatres in the third week of December. If this turns out to be the case, we can expect a really interesting box office clash.

While KGF 2 has wrapped shoot and is in final leg of production, Pushpa is in last leg of shoot.