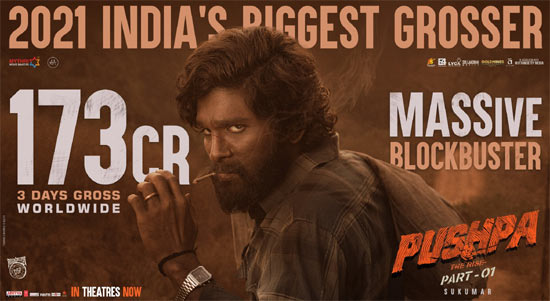 Pushpa, which showcased the Icon Star Allu Arjun in a new avatar, has been doing wonders at the ticket windows worldwide.

Today, the makers have officially announced that the action entertainer has made a whopping Rs.172 crores gross worldwide in 3 days.

It is clear that Pushpa: The Rise is not willing to slow down anytime soon at the box office. Collecting this big amount in just 3 days showcased the power of the star actor.