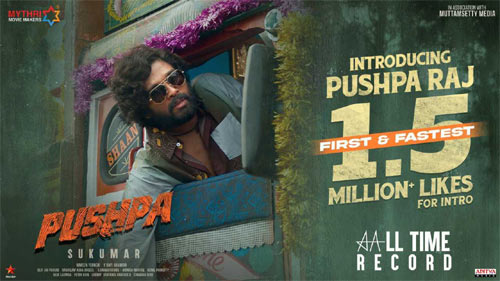 The teaser of Allu Arjun’s Pushpa is setting new milestones on YouTube. It had recently garnered over 60 million views on the digital streaming platform and is the first teaser of any Telugu film to clock as many views.

As per the latest statement from the makers of Pushpa, the teaser has amassed over 1.5 million likes on YouTube.

No other teaser of any Telugu movie had ever received 1.5 million likes on YouTube and Pushpa’s teaser is the only one to do so. It has set a new milestone.