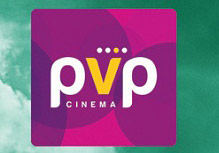 PVP group, the production house of Prasad V Potluri, has launched a bid for the Deccan Chargers cricket team as per the latest buzz being heard. PVP group has had a couple of high profile releases in Telugu and Tamil in the past.

DC team bids have been invited by the BCCI and we will know in the coming days if the bid of PVP is successful. Prasad is a successful NRI with wide interests in Software services, Film Production and Distribution and entertainment.