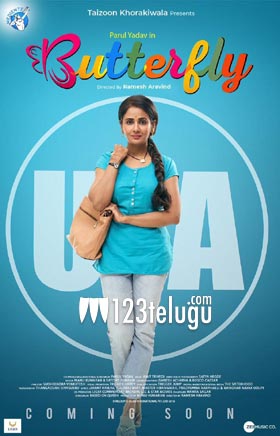 It is well known that Bollywood hit, Queen is being remade in South languages. The film is titled as That Is Mahalakshmi in Telugu.

Meanwhile, the latest we hear is that the Kannada version ‘Butterfly’, starring Parul Yadav in the lead role has completed its censor formalities today and got U/A certificate.

The film is gearing up for a theatrical release shortly. On the other hand, clarity on Telugu, Tamil and Malayalam versions release is yet to come.

The film is directed by Ramesh Arvind and Parul Yadav is the co-producer for Butterfly.