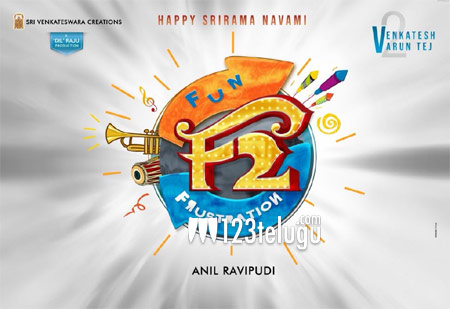 So, after a lot of suspense, the makers of F2 finally released the first look poster of the film. The poster looks quite quirky and promises the audience a lot of fun.

The female leads are yet to be announced and details of the shoot and other technicians will be announced soon.