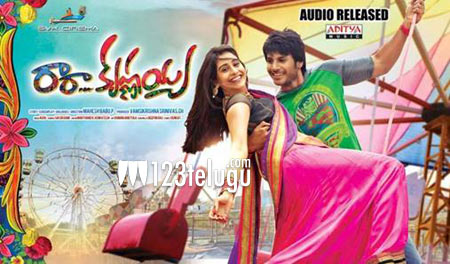 The recently released trailer and the audio of Ra Ra Krishnayya is receiving good response from the audience. This movie has the lovely pair of Regina and Sundeep Kishan once again in the lead roles.

Currently the film is in its pot production formalities and the makers are planning to launch the film by June end. The lead pairs chemistry looks sizzling in the trailer, and will be a huge plus for the film.

Sundeep is high on the success of Venkadari Express and is looking to consolidate his position in Tollywood. Jagapathi Babu plays an important role in the film which is directed by Mahesh Babu P. Achu composes music for the film