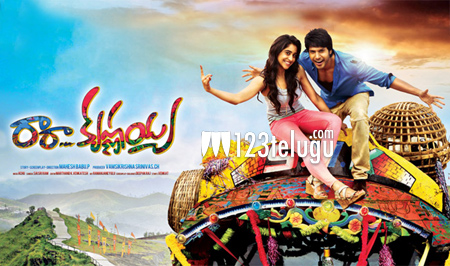 Tollywood hero Sundeep Kishan, who tasted success with ‘Venkatadri Express’ is busy promoting his latest flick ‘Ra Ra Krishnayya’. This film has completed its censor formalities and is slated to release on July 04.

The film’s run time has been locked for about 140 minutes. Regina Cassandra is paired opposite Sundeep for the third time in this movie.

Directed by P. Mahesh Babu, this film also stars Jagapathi Babu in a prominent role. Achhu is scoring music for this film which is produced by Krishna Srinivas.