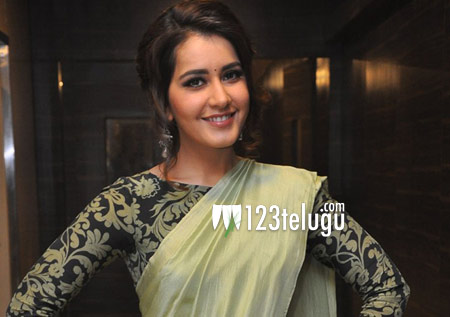 Raashi Khanna is thrilled about her upcoming films – Tholi Prema and Touch Chesi Choodu – which are going to release shortly. While she says that her role in Tholiprema is a performance-oriented one, she’s quite excited about what she’s done in Touch Chesi Choodu.

It’s her second film with Ravi Teja after Bengal Tiger, and Raashi says that she had a blast shooting for comedy scenes in the film. “I love comedy and the audience seem to receive me well in funny roles, like in Supreme. But the comic episodes between me and Ravi Teja are going to be next level funny. and will leave the movie goers in splits,” Raashi says.

Touch Chesi Choodu, directed by Vikram Sirikonda, also stars Seerat Kapoor in a lead role. The film is slated for release on February 2.