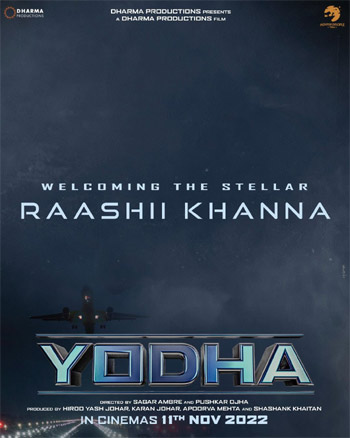 Raashi Khanna has re-invented herself and as a part of it, she is getting more Hindi projects as of now in her career.

The latest update is that Raashi has been roped in for Siddharth Malhotra’s Yodha that has gone on floors a few days back.

Karan Johar produces this film on a huge scale and Raashi will be seen in an action avatar in this project. In Telugu, she will next be seen in Maruthi’s Pakka Commercial.