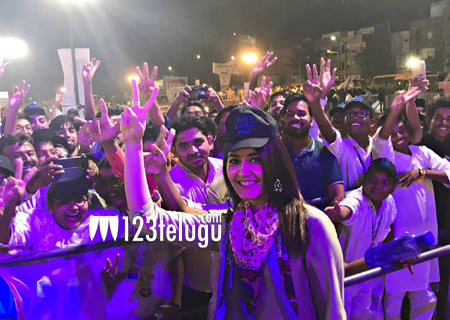 Young heroine Raashi Khanna took part in the inaugural ceremony of Jaago Badlo Bolo campaign yesterday. The campaign is initiated by the Telangana State Police to raise awareness about abuse among young girls.

Speaking at the event, Raashi Khanna urged every parent to teach their daughters about abuse and instill strength and courage in them to prevent any sort of abuse. Raashi said that even her parents had taught her about abuse when she was a child.