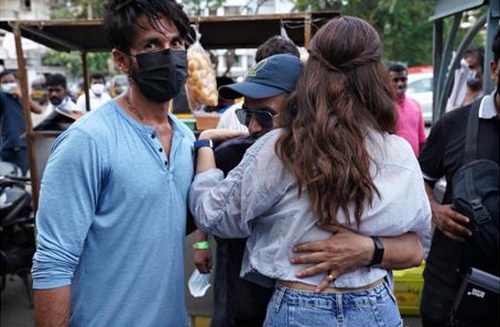 It is a known fact that Raashi Khanna is doing a web series in the direction of Raj and DK. The shoot is going on in full swing and Raashi keeps updating about the details time and again.

Today, she posted a picture that shows the director hugging Raashi after a shot. But the special aspect in this picture is Shahid keeping a cute and sad face as he did not get a huggie.

This picture has gone viral now. Rashi Khanna is back in the game with multiple projects but she has pinned the most hopes on this web series as it is coming next from the makers of The Family Man Series.