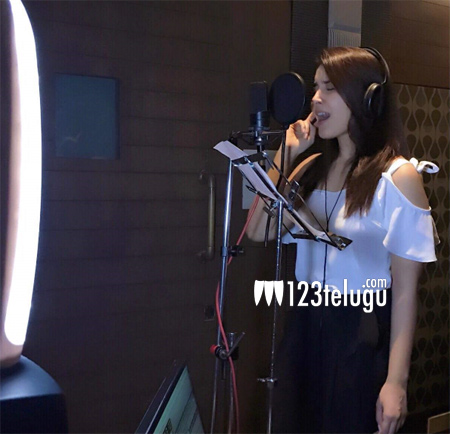 Raashi Khanna, one of the most happening heroines in the current generation, is also a talented singer. Raashi made her playback singing debut with her 2014 film, Joru. She also sang a song in her soon to be released Malayalam debut movie, Villain.

Yesterday, Raashi took to Facebook and excitedly announced that she has recorded a song for Nara Rohith’s ongoing film, Balakrishnudu, in senior composer Manisharma’s composition. Incidentally, Raashi is not acting in the movie. Regina Cassandra is the film’s leading lady. Raashi will soon be seen in Gopichand’s Oxygen and NTR’s Jai Lava Kusa.