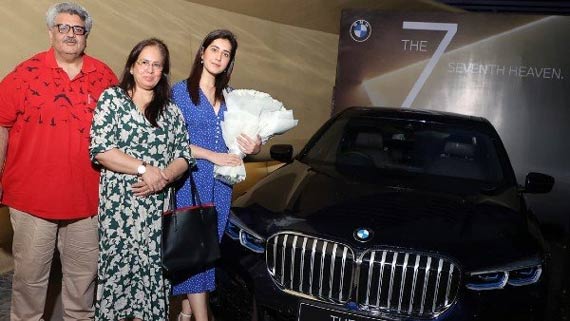 Raashi Khanna is one of the top heroines in the industry. She is doing back-to-back films in Hindi and Telugu as of now.

On the eve of mother’s day, Raashi Khann surprised her mom with a swanky new BMW 7 series. Seen here in the picture is Raashi along with her parents.

Raashi was last seen in the Hindi web series Rudra. In Telugu, she will be next seen in Maruthi’s Pakka Commercial alongside Gopichand.