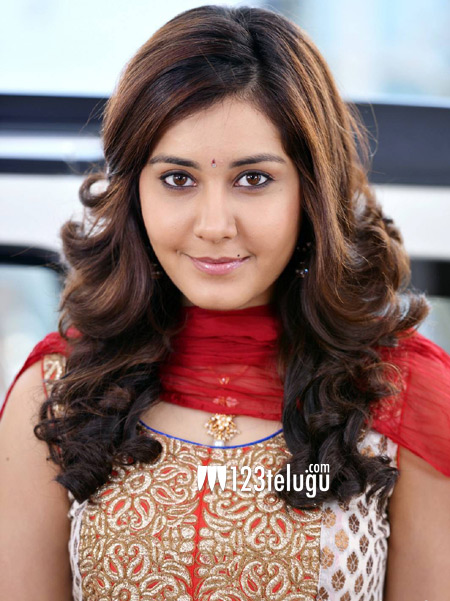 Gorgeous beauty Raashi Khanna made a successful debut with the romantic entertainer ‘Oohalu Gusagusalade’. Many filmmakers rushed to sign the Delhi actress for their films. After working in a string of commercial potboilers, Raashi is currently busy with her upcoming flick with Gopichand, ‘Jil’ and Ravi Teja’s ‘Bengali Tiger’ in Sampath
Nandi’s direction.

Recently, Raashi surprised everyone when she revealed that she has no qualms in performing in item songs. The actress said that she is always ready to accept anything that interests her. The multitalented beauty who performed a lip lock scene with Gopichand in ‘Jil’ says that she loves item songs as they give her scope to exhibit her dancing prowess.