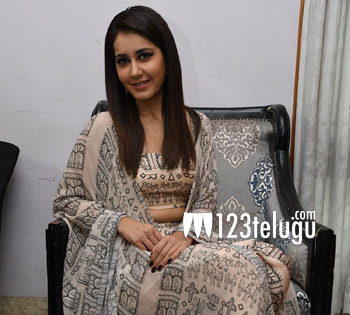 Raashi Khanna is looking great in the promos of Tholi Prema. She has lost a lot of weight and speaking about the same, Raashi said that she will be seen in different age groups for this film and for one of the looks, she reduced her weight up to 5 kgs to suit the role.

She also added that Tholi Prema is a performance-oriented film and she has worked very hard in her role. Varun Tej is cast opposite her in this film which is directed by Venky Atluri.

Produced by BVSN Prasad, this film has music by Thaman. The film up for a release this 10th of February.