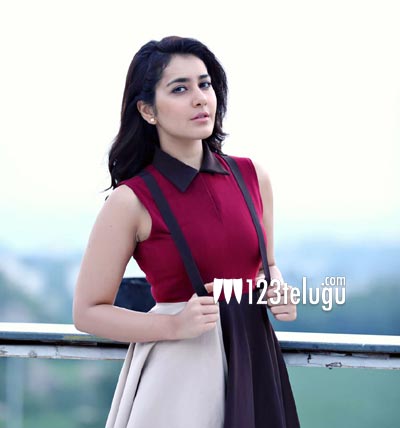 Raashi Khanna has unveiled a special video on the eve of International Women’s Day and it’s also her first production venture. Titled ‘Believe In You’, the video features Raashi Khanna who urges women to be the best version of themselves. The video has been written and directed by Jennifer Alphonsse and Raashi has narrated the lines in the video.

Sharing the link on her Facebook page, Raashi said, “I am ecstatic to share my first productional venture. A lot of thought has gone into its making and it means a lot to me. I hope you love it as much as we loved shooting for it. Looking forward to your thoughts 😊 Lots of love. Always.#believeinyou.”

Incidentally, she penned a poem just days ago much to everyone’s surprise. Currently, she’s shooting for her debut film in Malayalam and in Telugu, she’s awaiting the release of ‘Oxygen’.