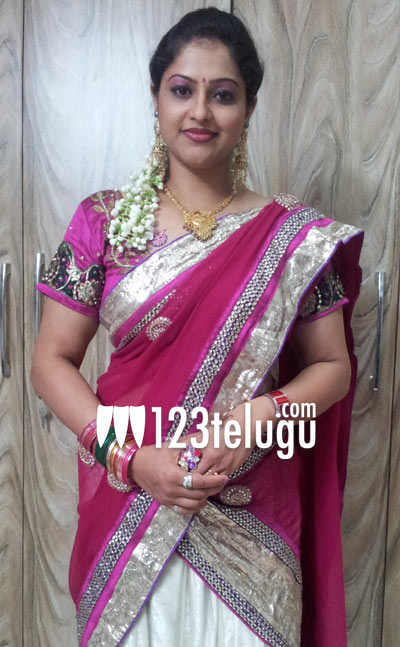 Raasi, was undoubtedly one of the most sought after heroines in the 90’s. She gave many hits in her career, and also shared screen space with the likes of Bala Krishna, Pawan Kalyan and Jagapati Babu. When she was at her prime, Raasi got married and started her second innings as a home maker. After a long break Raasi slowly made her foray into television.

But according to the latest grapevine, Raasi will make her movie comeback with some important roles in big banner films. As shown in the above picture Raasi has lost a lot of weight, and is raring to go with her new look. We wish her best of luck and hope that she impresses everyone with her talent.