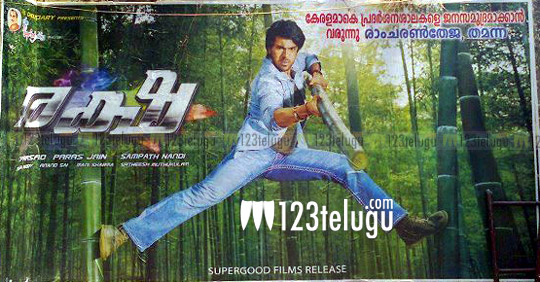 Mega Power Star Ram Charan Tej’s mass action entertainer ‘Raccha ‘ is having a simultaneous release in Malayalam as ‘Raksha’. This comes in the wake of Telugu Film Industry’s decision to aggressively expand into other markets.

Sampath Nandi has directed this movie and Mega Supergood Movies banner is the producer. The movie has Tamanna as the heroine opposite Charan and the film will release on April 12th.