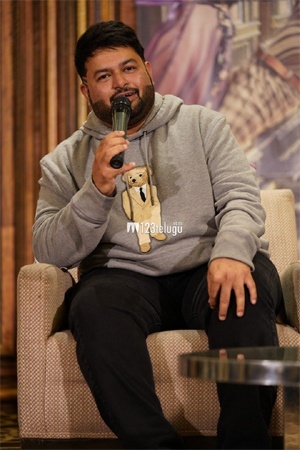 Radhe Shyam is up for a release on the 11th of this month and there is a very good buzz created for this film. The entire team met the press today and answered their questions.

Speaking about the director Radha Krishna, Thaman said that Tollywood has produced yet another Mani Ratnam in the form of the young director. This is a huge compliment in itself as Radha Krishna is only one film old.

Thaman has composed the BGM for this film and he says that the romantic drama has come out quite well. Pooja Hegde plays the female lead in this film which has been produced by UV Creations.