Radha Ravi apologizes for his insensitive comments on Nayanthara
Published on Mar 25, 2019 11:19 am IST 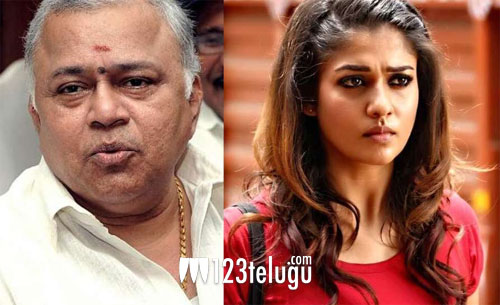 A couple of days ago, a video of veteran Tamil actor Radha Ravi making some shockingly derogatory comments on star heroine Nayanthara at Nayan’s latest film’s trailer launch event went viral on social media. Since then, Radha Ravi has been under an all round attack.

Witnessing the growing resentment against the senior actor, the opposition DMK party temporarily suspended Radha Ravi from the party. In his response, Radha Ravi apologized for his insensitive remarks against Nayan and said that his comments were misunderstood by everyone.