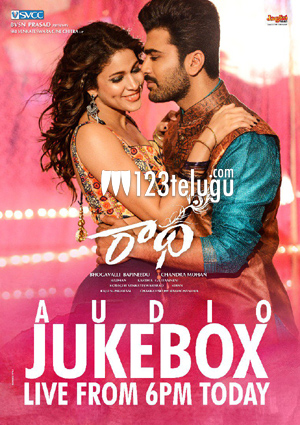 Young hero Sharwanand, who tasted a blockbuster success with his last release Shatamanam Bhavathi, will next be seen in a rom-com entertainer titled Radha. The film is gearing up for May 12th release.

Now, the latest news is that the audio album of the film will be directly released into the market today at 6 pm. Directed by a debutant Chandramohan, the film has Lavanya Tripathi and Aksha as the female leads.

Veteran producer BVSN Prasad is producing this cop drama under his SVCC banner. Radhan has composed the film’s music.