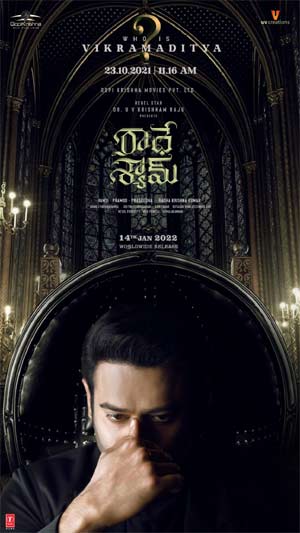 Radhe Shyam is a film that many are waiting for eagerly as the film showcases Prabhas as a palmist. Now, there is a piece of news going on in the film circles that Prabhas’ role is modeled after the famous Irish Palmist Cheiro.

Cheerio was a famous palmist back in the era and now director Radha Krishna has taken some facets of his life and set the story as per the Indian standards.

Prabhas will be seen as the palmist who predicts the future and how Pooja Hegde gets into his love story is the basic format of the film.

We need to see how much of all this is shown in the film. UV Creations produce this film that will be out on 14th Jan 2022.