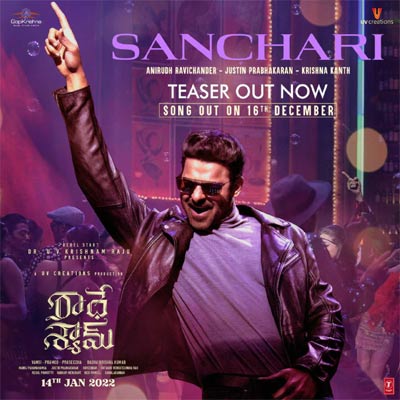 The much-awaited fantasy drama, Radhe Shyam featuring Prabhas and Pooja Hegde in lead roles, is all set to release on January 14, 2022.

Besides, the Tamil, Kannada, Malayalam and Hindi versions of the same song are also released and have been gaining a good response.

The team has announced that the full song will be out on December 16.

Like the other two songs, Sanchari is so pleasant to listen to and after the release of the full song, it will also become a huge hit.

Directed by Radha Krishna Kumar, the high-budget multilingual movie will be released in other major South Indian languages and Hindi also.