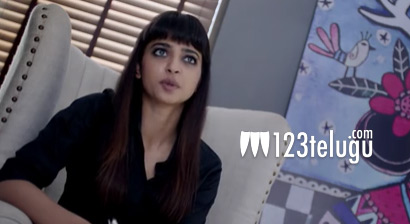 Radhika Apte, the name is synonymous with intense performances and bold avatars. Radhika doesn’t even shy away from going naked or acting in intimate scenes, which was proven in movies like Parched and Madly.

Radhika has also been a victim of cyber crime as her nude videos from Parched and Madly were leaked on the internet and created a huge controversy. Undeterred, Radhika is gearing up for yet another bold character in her next movie, Bombariya.

In Bombariya, Radhika plays the role of a PR executive who looks after a superstar’s PR affairs. The film’s story is much alike her real-life, where Radhika finds that an intimate MMS clip featuring her and the star hero gets stolen and Radhika chases down the thief as she is worried that the intimate clip may damage her reputation if leaked by the thief.