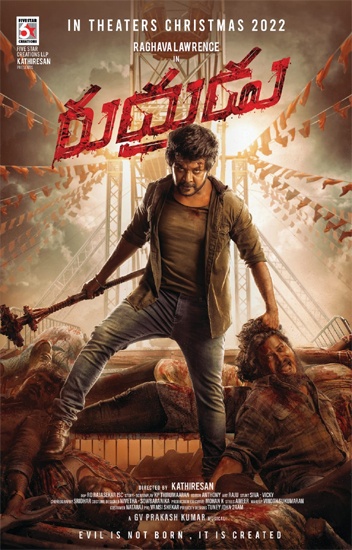 It has been quite some time since we have seen Lawrence on screen. As of now, he is starring in an action thriller under the direction of Kathiresan. Five Star Creations LLP is producing the movie, while Kathiresan is the presenter.

The makers have titled the film Rudhrudu and the film’s first look is out now. Raghava Lawrence appears intense in the poster from a stunt sequence. As the poster suggests, the movie is going to be high on action.

Sarath Kumar is playing a vital role and Priya Bhavani Shankar is the leading lady opposite Lawrence. GV Prakash Kumar provides music for the movie for which cinematography is by RD Rajasekar ISC. The film will be out this Christmas 2022.