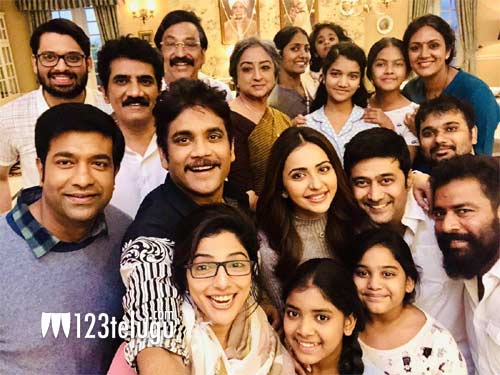 For the last few days, there have been several rumors that Rakul has been asked to put on a few extra kilos to look at her glamorous best in Manmadhudu 2. The reports gained prominence as Rakul was seen in an ultra slim avatar in the visual promos of her upcoming Bollywood film, De De Pyaar De.

However, Rahul took to Twitter and promptly denied the rumors and said that Manmadhudu 2’s team is gushing about how stunning she’s looking. “What an incredible talent she is,” Rahul said in a tweet.

Contrary to some rumours, Rakul has been shooting with us from day one of the Portuguese schedule. We have all been gushing non-stop about how stunning she’s looking and thanking our lucky stars that we got her. What an incredible talent she is💛💛💛 Love to all😊😊😊