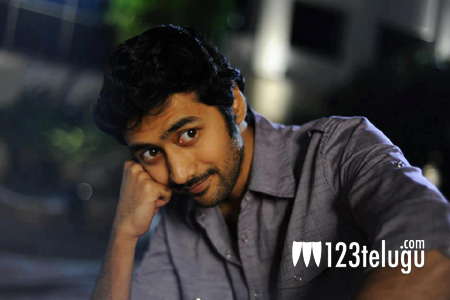 Rahul Ravindran (Andhala Rakshasi fame) is going to do a cameo in Aadi’s upcoming film titled Galipatam. This is the first time that Rahul has come forward to play a supporting role in Telugu and so far, he has acted in films like Andhala Rakshasi, Pelli Pusthakam, Nenem Chinna Pillana?.

The film’s shooting has already begun in Hyderabad and Rahul joined the film’s sets today. He revealed that his role is more like an extended guest appearance and said that it’s a great team to work with. Newcomer Naveen is directing the film and Sampath Nandi is producing it. Aadi and Erica Fernandes are playing the lead roles in this family entertainer. More details about the film are expected to be revealed soon.

Meanwhile, Aadi’s upcoming film Pyar Mein Padipoyane is gearing up for release later this month. Ravi Chavali has directed the film and it also stars Shanvi in lead roles.