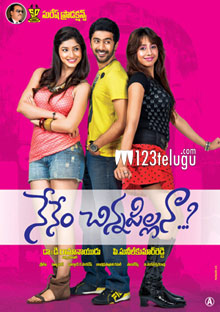 Rahul Ravindran who has made his debut with Andhala Rakshasi has got a recognition for himself with his fine acting skills and has been getting more and more offers. His latest film Nenem Chinna Pillana was supposed to release on 27th of this month.

The sudden turn of events in the past two days which led to the preponement of Attharinitiki Daaredhi has resulted in the postponement of Rahul’s film. He actually didn’t attend the centenary celebrations of Cinema in Chennai in order to participate in the promotional activities of his film. He has in fact invited his whole family to Hyderabad on the occasion of his films release. However that is not happening now and a new release date will be announced soon.

The movie was produced by D Ramanaidu and is directed by Sunil Kumar Reddy. Tanvi Vyas and Sanjana are cast opposite Rahul in the film and music was done by M M Srilekha.