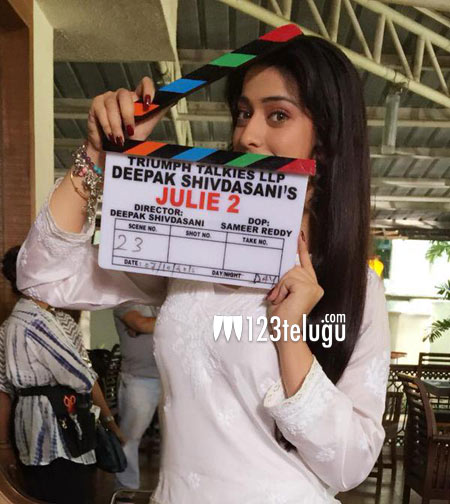 Talented actress, Rai Laxmi has been going places in her career after bagging her debut project in Bollywood. It is a known fact that Laxmi will next be seen in the sequel of the romantic thriller Julie.

Latest update is that the film has gone on floors earlier today. Titled Julie 2, this film will showcase Laxmi in a gorgeous avatar. Julie was the same film which made Neha Dhupia an over night sensation in Bollywood.