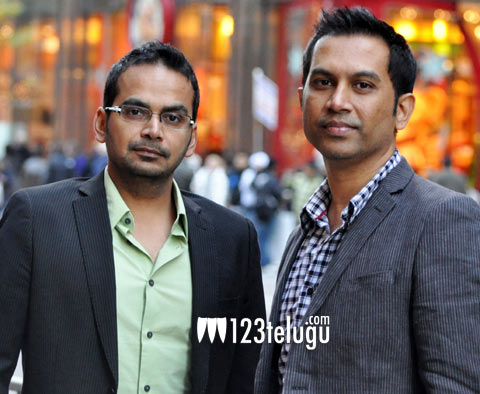 Raj & DK, the director duo who recently produced ‘D for Dopidi’, seem to have big plans for their career ahead in Telugu cinema. Their association with Telugu film industry has been minimal so far; however, the duo are well-known among the NRI audience, thanks to their earlier films like Flavours, Shor in the City and Go Goa Gone. Moreover, their style of filmmaking has found acceptance among the youth today in ‘A’ centres.

The duo will next direct a film with Mahesh Babu in the lead role. Although details about this film aren’t yet clear, Raj & DK have assured that it’ll be a typical Mahesh Babu’s film with their style of filmmaking. This untitled project is likely to go on floors in mid 2014. Recently, Raj & DK had collaborated with Nani to co-produce D for Dopidi and if all goes well, Nani might even act in one of their films in near future since they have a great rapport with each other.

We’ll have to wait and see what Raj & DK will come up with in their next project. Meanwhile, their next directorial venture titled Happy Ending, starring Saif Ali Khan and Ileana, is going to hit the screens in summer, 2014.