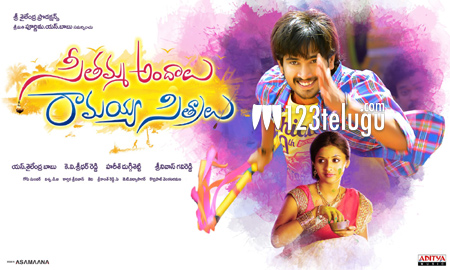 Young hero Raj Tarun, who is high on the success of his last film Kumari 21 F, is now back with his latest project Seethamma Andalu Ramayya Sitralu’. The village drama hit the screens yesterday and trade pundits reveal that the openings are quite huge for an upcoming hero like Raj.

The figures coming in suggest that they are the career best for Raj Tharun till date. Once again, the young hero is showcased as the boy next door with his trade mark dialogues. Artana is cast as the female lead in this romantic entertainer.

Directed by Srinivas Gavireddy, this film is produced by Poornima S Babu.