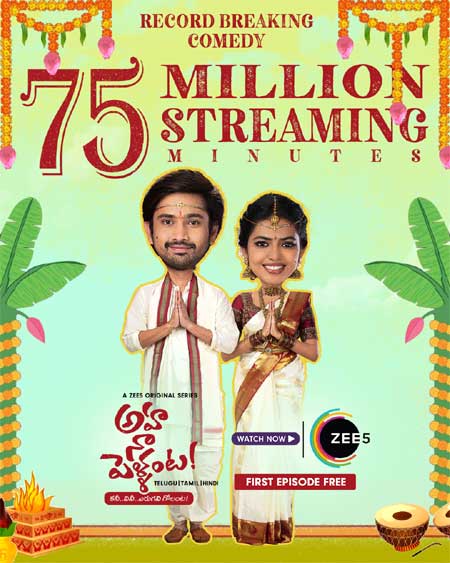 Young actor Raj Tarun recently made his OTT debut with the ZEE5 web series Aha Na Pellanta, a rom-com entertainer. Shivani Rajashekar is the female lead of this show which is directed by Sanjeev Reddy. The series received good reviews.

The latest news is that the series created a rage on ZEE5 by clocking in 75 million streaming minutes. The enjoyable comedy and the actor’s performances are the highlights. It is currently trending in second place on the ZEE5 web series charts in India.