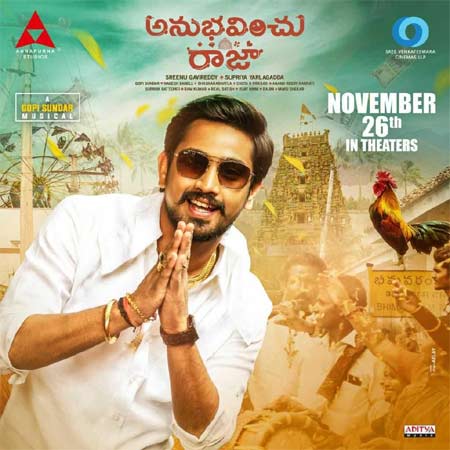 Hero Raj Tarun will next be seen in an out-and-out rural entertainer titled Anubhavinchu Raja. The film is being produced under Nagarjuna’s Annapurna Studios and Sree Venkateswara Cinemas LLP banners. The makers have just announced that Anubhavinchu Raja is hitting the big screens on November 26.

Anubhavinchu Raja’s colorful and entertaining teaser was unveiled in September ago to a decent response. Raj Tarun plays a village youth named Bangaram who is addicted to betting and Bheemavaran cock fights. Kashish Khan is the female lead in the movie, which is being directed by Sreenu Gavireddy. Gopi Sundar is the music composer.