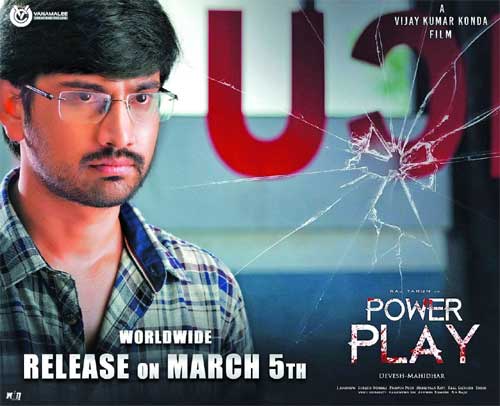 Hero Raj Tarun and his Orey Bujjiga director Vijay Kumar Konda’s upcoming action thriller, Power Play, has completed its censor formalities this morning. The film has received a UA certificate from the CBFC and is now gearing up for its release on March 5th.

Power Play also features Poorna, Prince and Hemal in lead roles. Interestingly, Poorna will be seen in a negative role in the movie and she is expected to pull off a major surprise with her performance. Kota Srinivasa Rao, Ajay, Madhunandan, Ravi Varma and others play supporting roles.

Mahidhar and Devesh have produced Power Play under Vanamalee Creations banner. Padma is presenting the movie.