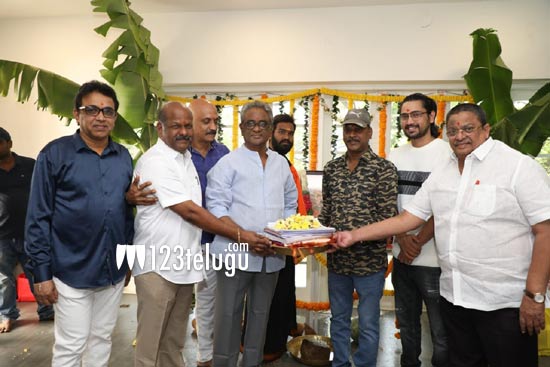 After scoring a decent hit in his debut series Aha Na Pellanta, actor Raj Tarun has signed a new movie called Tiragabadara Saami. AS Ravi Kumar Chowdary of Pilla Nuvvu Leni Jeevitham is the helmer of the film.

The movie has been launched with a formal pooja ceremony in Hyderabad. Producer C Kalyan sounded the clapboard while noted producer KS Ravi Kumar switched on the camera. The script was handed over by Pokuri Baburao to the director. Kasi Vishwanath, Veera Shankar, Bekkem Venugopal, Prasanna Kumar, Jeevitha Rajashekar and others graced this launch event.

The makers have stated the film will commence its regular shoot soon. Malkapuram Sivakumar of Suraksha Entertainment is the producer of this action entertainer. JB is the music director of this movie.