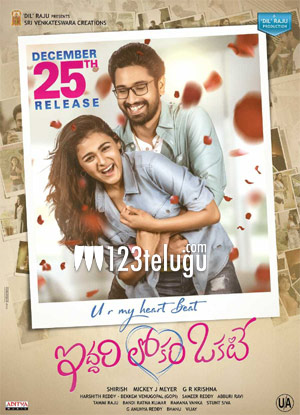 Raj Tharun is going through a slump in his career with back to back flops. It is a known fact that Raj Tarun is doing a film called Iddari Lokam Okkate in the production of Dil Raju which has completed its shoot.

The latest we hear is that the film will be out on the 25th of this month. Already December end is filled up with films like Ruler and Prathiroju Pandage.

So, we need to see how will Raj Tharun’s film manages to survive the storm. Directed by G R Krishna, the film has Shalini Pandey as the female lead. Mickey J Meyer is scoring the music for this film.