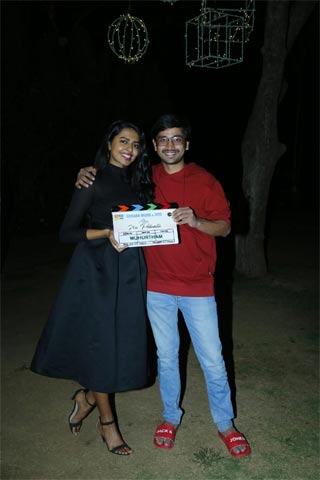 Young hero, Raj Tharun has finally taken the OTT plunge. He has now signed a project for ZEE5 which was announced today.

The show has been titled ‘Aha Naa Pellanta’ and is a romantic comedy. A young man, who has been itching to tie the knot for a long time, finally finds a suitable match. But, just as he is about to tie the knot, the bride elopes with her boyfriend is the basic storyline.

Jointly produced by ZEE5 and Tamada Media, the web series stars Raj Tarun and Shivani Rajasekhar in the lead. ‘ABCD’ director Sanjeev Reddy is wielding the megaphone. Rahul Tamada and Saideepreddy Burra are producing the series.

There will be 8 episodes in total, each of the duration of 30 minutes. Other cast includes Amani, Harshavardhan, Posani Krishna Murali, Getup Srinu, Jabardash Rajamouli, Tagubothu Ramesh, Madhunandhan, Bhadram and Raghu Karamanchi, Dorababu.