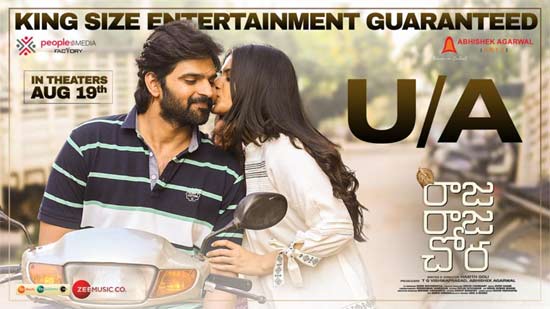 Hero Sree Vishnu always does some different films and next in line is a comedy caper called Raja Raja Chora. The film is up for a release on the 19th of this month as per the latest update.

Megha Akash is cast as the heroine of this film. The film is produced by People’s Media Factory and Hasith Goli directs it. The pre-release event will be held soon.