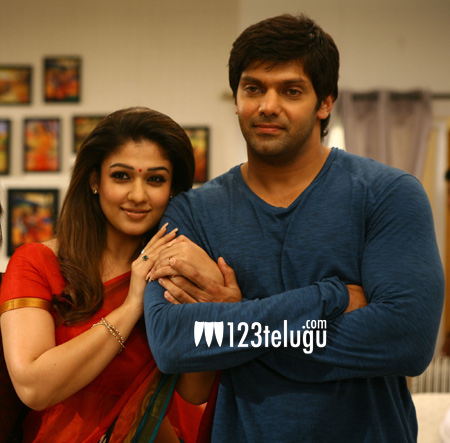 The movie ‘Raja Rani’ was a big hit in Tamil Nadu and it is now releasing in Telugu this Friday. Despite being such a big hit, the film is coming in with virtually no buzz. Many people are unaware of the film’s release and the local distributors have not done too much in terms of publicity.

Nayanathara and Arya have essayed the lead roles in this romantic entertainer. Nazriya and Sathyaraj have essayed crucial roles. Atlee Kumar is the director of the film while Twentieth Century Fox and director Murugadoss have produced the movie.

The movie has some promising content, so it remains to be seen if it can overcome the low buzz when it hits the screens tomorrow.