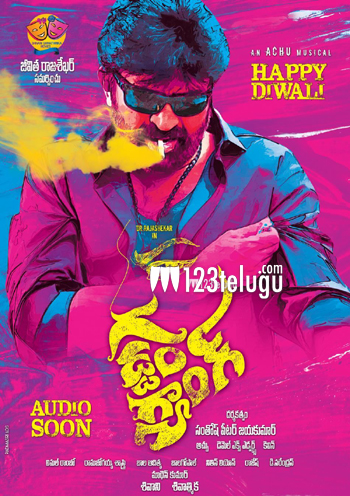 We all know that the Raja Sekhar starrer ‘Gaddam Gang’ is the official Telugu remake of the super hit Tamil film ‘Soodhu Kavvum’. The recently released first look of this flick has received good response from the audience.

According to the producer Jeevitha, her husband is experimenting with this film as he is doing a full length comedy movie for the first time. She also added that this film is the first dark comedy genre flick in Telugu and it will be much better than the original version. P.Santhosh is making his directorial debut with this comedy thriller while Sheena plays the female lead.