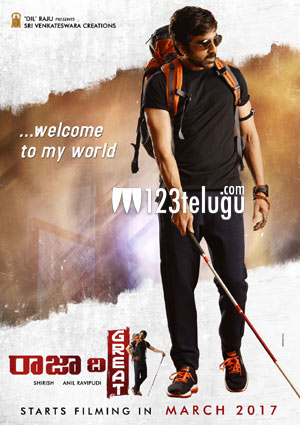 After nearly a couple of years gap, Ravi Teja will don the grease paint for two films simultaneously. The Mass Maharaja had recently launched Raja The Great and Touch Chesi Chudu in Anil Ravipudi and Vikram Siri’s direction respectively.

According to the latest update, the makers of Raja The Great are planning to shoot the movie in the picturesque hill station of Darjeeling in West Bengal. The Darjeeling schedule will last for a month. The film’s regular shooting will kick-start in April.

Punjabi beauty Mehreen Kaur Pirzada is the film’s leading lady and Dil Raju is the producer.