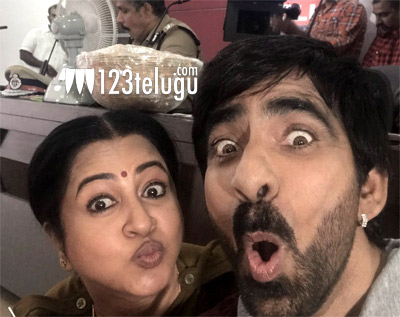 The promotions of Raja The Great are in full swing as the makers are not leaving any stone unturned to take the film as far as possible. The action entertainer has veteran actress Radhika playing a key role of Ravi Teja’s mother.

The latest we hear is that the chemistry between between Ravi Teja and Radhika will be quite hilarious. The combination scenes between Radhika and comedian Srinivasa Reddy are also said to evoke huge laughs for the audience.

Hit heroine Meherne is cast as the female lead in this film which is produced by Dil Raju. The film is up for a release on the 19th of this month.