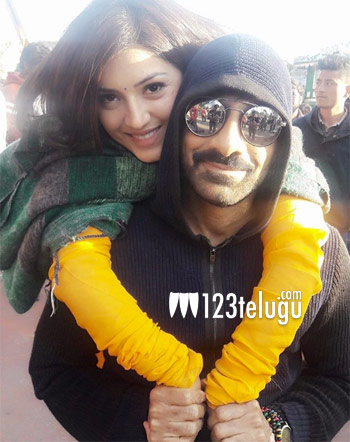 It is a known fact that Ravi Teja’s new film, Raja The Great was being shot in Darjeeling from the past two weeks. A major portion of the film has been completed during this schedule which will be wrapped tomorrow.

Mehreen is acting alongside Ravi Teja and posted a selfie from the sets of the film. Anil Ravipudi directs this film which is being produced by Dil Raju under his home banner.

Ravi Teja plays a blind man in this film and reports suggest that his role will be quite hilarious and hard-hitting at the same time. Music is composed by Sai Karthik.