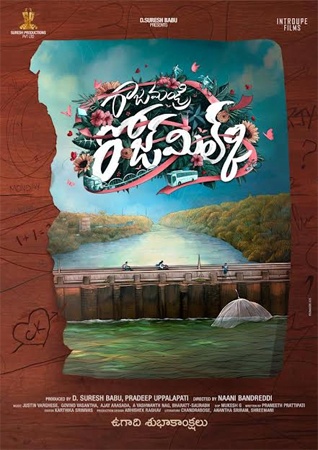 On this auspicious day of Ugadi, a new film titled “Rajahmundry Rose Milk” under the joint production of Suresh Productions and Introupe Films is announced.

The film is directed by the debutant director Naani Bandreddi. The film is understood to be a light hearted nostalgic entertainer that surely reminds everyone of their college days.

Jai and Ananthika are the lead cast along with Vennela Kishore and Praveen playing important characters in the film.

It is tipped that some very senior technicians are roped in for the project. Govind Vasantha, Yashwanth Nag, Bharatt-Saurabh and Ajay Arasada are composing the music for the film.