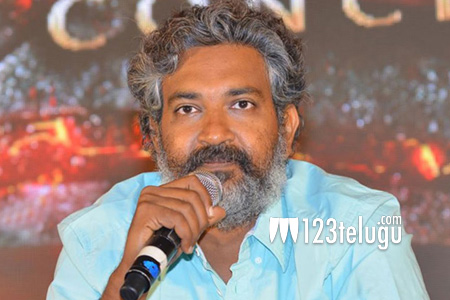 After an eventful first day shooting of The Sword of Baahubali, where he forayed into virtual reality technology for the first time in his 25-year-old film career, maverick director SS Rajamouli had some time to catch up with the just released theatrical trailer of Ram Charan’s Dhruva.

Rajamouli took to Twitter just a while ago and said, “Quite stylish Quite promising. Well done Surender Reddy and Charan.” Talking about remakes in general, Jakkanna went on to say, “Contrary to the belief, Remakes are actually tough”.

Quite stylish
Quite promisinghttps://t.co/sRFt4LzdJB
Well done SurenderReddy and Charan.
Contrary to the belief, Remakes are actually tough