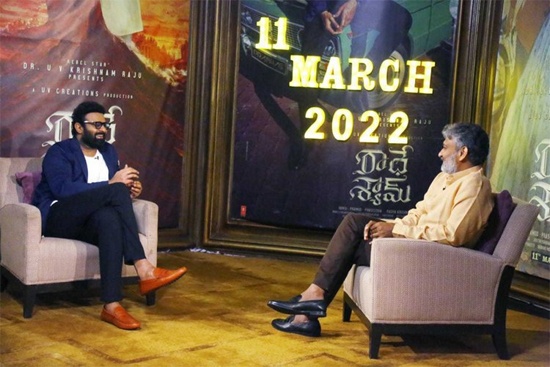 Prabhas is busy with the release formalities of his new film Radhe Shyam that will be out tomorrow. The film’s promotions were on since the last few days and Rajamouli interviewed Prabhas for the film.

During the interview, Rajamouli asked Prabhas how come a very shy person like him is going all out and is leading the promotions of the film.

Prabhas said he has learned to open up from Rajamouli only and cannot forget the day when the ace director made him do close to forty interviews in a day for Baahubali and that too with Mumbai media.

That exposure has now given him the opportunity to promote Radhe Shyam as well, Prabhas said. Rajamouli is waiting for Prabhas and when his film will release, Rajamouli will start the promotions of RRR.