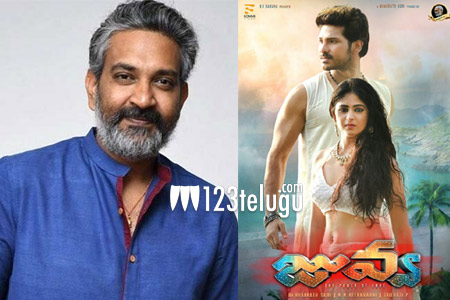 Juvva, a romantic action entertainer starring Ranjith Somi and Palak Lalwani, is all set for its release tomorrow (Feb 23). Dr Bharrath Somi has produced the movie and Dil Raju is facilitating the movie’s release.

Initially, Juvva’s makers wanted to name their film as Jintha Tha Tha. The film’s director Triekoti had earlier worked with numero uno director Rajamouli. However, Rajamouli felt that Jintha Tha Tha may confuse everyone as they may assume it’s a Ravi Teja movie, thanks to their super hit song from Vikramarkudu, and advised Juvva’s team against finalizing that title.

It was then that Triekoti and the makers rechristened their film as Juvva and both Rajamouli and MM Keeravani gave their nod immediately. Juvva has music by MM Keeravani.