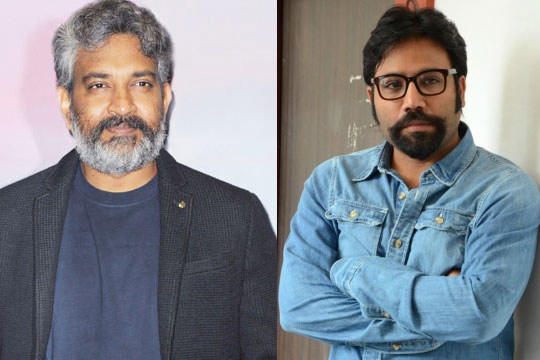 The most-awaited Tollywood movie, RRR is all set for a grand release in theaters worldwide this Friday. Starring Ram Charan and Jr NTR, the period action drama has Alia Bhatt as the leading lady. Ahead of the release, the star director gave a special interview to another director, Sandeep Reddy Vanga.

During the session, Sandeep Reddy Vanga has asked Rajamouli to give him a chance to observe the shooting of the ace director’s next. Rajamouli laughed and agreed, and also asked Sandeep the same.

The RRR director has expressed his curiosity about the making style of Sandeep and wanted to observe how Vanga is directing Animal. This entire convo has happened in a funny way but the respect and enthusiasm towards each others’ work impressed the viewers.

RRR will be released in a record number of screens across the globe in major Indian languages. Trade pandits are sure that the movie will open with mammoth collections everywhere and smash many existing records.