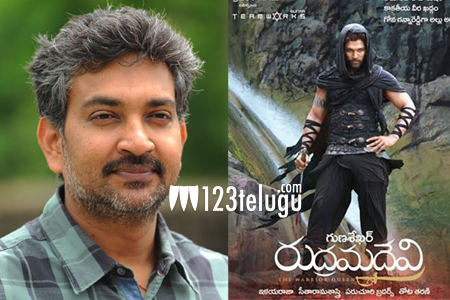 Ace director Rajamouli, is one man who does not shy away from speaking his mind. Earlier today, he showered huge praise on Allu Arjun for his awesome performance in the recently released Rudrama Devi.

After watching the film, Rajamouli tweeted his opinion about the magnum opus and hailed Bunny’s Gona Ganna Reddy character for elevating the film big time. He also added that Bunny is a hero on and off screen and praised Anushka for her hard work and dedication.

Rudramadevi, which released yesterday has opened to packed houses all over and is doing decent business in all its areas of release.